Acclaimed film director Akira Kurosawa was said to be a connoisseur of Japanese cuisine, in particular an aficionado of fresh, handmade soba noodles. Made from buckwheat flour and often eaten with the simplest of dipping sauces, this quintessential of Japanese dishes forms the backbone of the menu at Kurosawa. Following the great directors death, plans were hatched to launch a Kurosawa-inspired series of restaurants—there are four in Tokyo—where handmade noodles would feature on the menu.

The restaurants in Tokyo are built in a retro style going some way to replicating the feeling of buildings featured in his movies. We visited the original branch opened in 1999, with its slatted windows, traditional wooden gate and flagstones, it is modelled after a set in “Red Beard”. It is important to note that Kurosawa is much more than just a film buff’s restaurant. The food is subtle and flavoursome with a series of delicate dishes being sampled before the soba noodle course. Service, as is the case in most of Japan, is equally excellent with an bi-lingual Japanese/English menu available to assist in selecting your dishes, and that bottle of sake. On our visit, we ate a wide variety of food, with each dish building upon the one before; below is a picture of the menu. Highly recommend if you are ever in Tokyo. 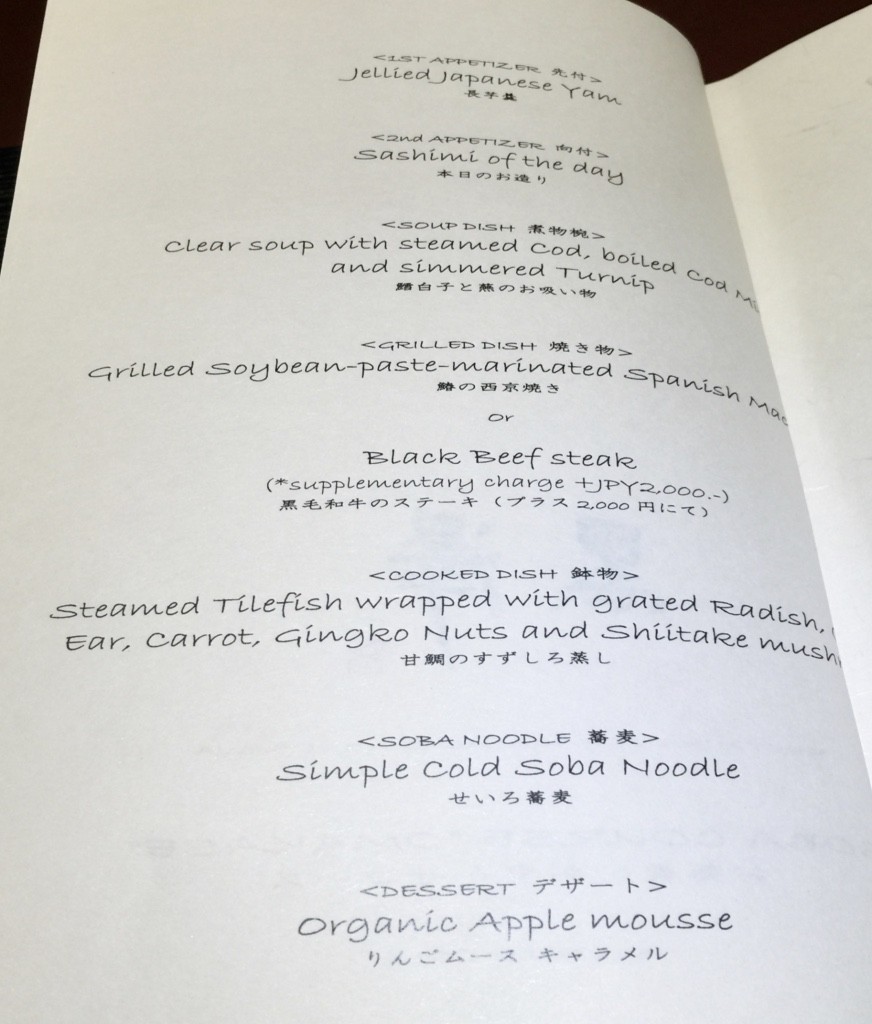