Style Rider focuses on the intersection of motorcycle culture and individual style. Here we speak to Sydney based BMW R65 rider James Macintyre about Japanese and New York heritage workwear influences and his passion for vintage Beemers.

Today’s ride: 1985 BMW R65. Not too much custom work. I have repainted and redone the pin stripes, matching the colour scheme to earlier beemers. The bench seat pairs well with the repainted rear fender as the boxy tail that comes standard on these bikes is just a little too 80s. The Hella fog light is also another light touch detail that echos the 80s adventure aesthetic.

Describe your style: Classic work wear with a bit of a sartorial influence made up of timeless pieces. I tend to wear a lot of canvas, knits and linens, and typically pair more formal tops with sneakers, and tees with boots.

Favourite items: I have a Schumacher era Ferrari team jacket that I got for my 14th birthday. I didn’t even get it with the intention to wear it as I was so little, but I’ve since grown into it and regularly wear it. It’s probably one of my louder items and easily the one that gets the most attention.

Next purchase: A chronograph watch, but I haven’t decided which one. My favourites are the original panda dial Heuer Carreras, but they’re well and truly out of my budget. A Seiko UFO or Omega Speedmaster are also in the direction of what I’d like, moving on nicely from the Seiko Pepsi model I am wearing.

Style inspiration: I draw inspiration from Japanese and New York heritage workwear, however, tend to dress down part of my outfit as to not appear out of a period film.

Best local ride: As a short late night blitz, I’ll sometimes do a lap of Sydney’s bridges heading north across the Anzac Bridge, over the Sydney Harbour Bridge and back.

Best distance ride: The Putty Road north of Sydney is great fun with a pack of other riders.

Tip for best looking safe riding gear: Gloves with good velcro! If the velcro is bad you’re pretty well guaranteed the whole pair will fall apart in no time. My current pair are from Biltwell.

Next motorcycle trip: Something big with Phillip Wong who rides a 1988 BMW R100RS. I’ve recently picked up a 1972 R75/5 which is made for cruising big miles, so I’m keen to open the door to some bigger rides.

Why do you like riding? Big question. I accredit getting my license as one of the single best decisions I’ve made for myself. My dad and I are close and have always connected through our old cars. In addition, he has ridden a Ducati Monster for most of my life, telling me stories of his old Honda CB350 and CB500. When I told him I was I getting my motorcycle license he asked me “why?”, with the mildest sense of resistance as one shouldn’t encourage their child to ride motorcycles. I said “because I want one” and he said “yeah fair enough”.

Beyond a general interest in bikes and riding, I got my license because it appeared to me that anyone that didn’t ride was missing out. A kind of everyday vice that’s actually good for your health. And I was right. Riding is now a massive part of my life and much of both my social and professional network has stemmed from it. I’ve brought my dad into this same network, which has rekindled his love of riding, and even saw him realise a childhood dream when he picked up a Kwaka Z900. In a nutshell I love riding for the sensation, the community, and pragmatically for its convenience too. 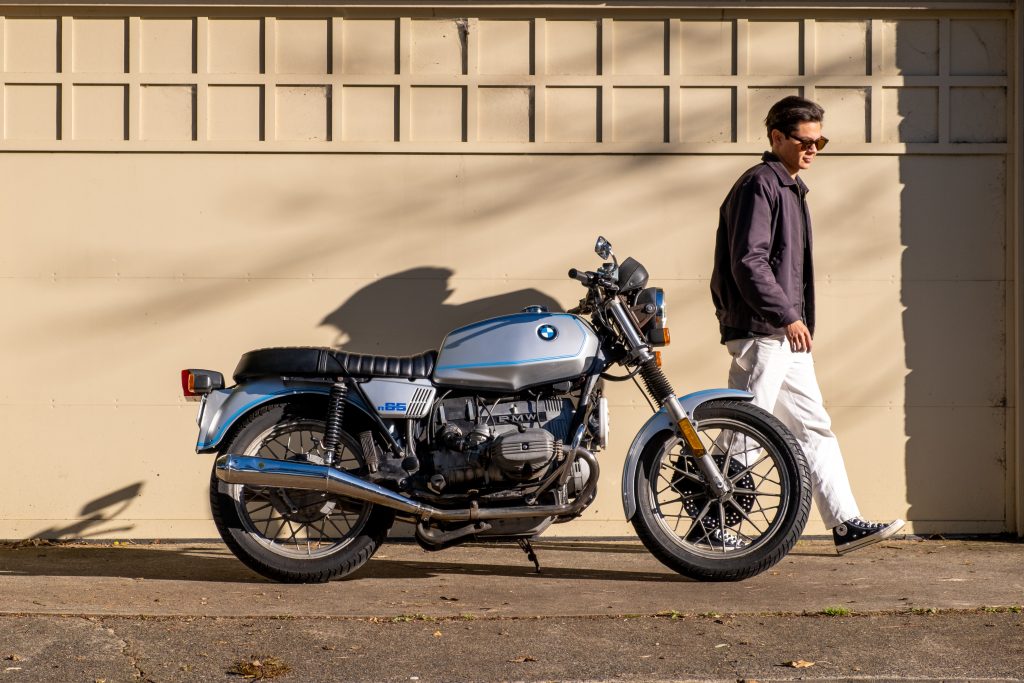