This impromptu road trip started out life as a passing suggestion before quickly turning into a two-day riding adventure. Scouring my trusty motorcycle atlas, I was looking for an overnight ride from Sydney, settling on a northward route along the Putty Road to Scone. The Putty Road is well known to bikers for its 168 kilometres of winding country roads; something I looked forward to as I made my way through Sydney’s ever-expanding northwestern suburbs. Passing Windsor, the roads became practically deserted with winding, open roads my companion for the following two days.

Fresh air, bucolic scenes and sweeping country roads are a great way to enjoy a couple of days away from the pressures of work. The thing I love about motorcycle riding is that it’s the journey that matters, not the destination. As such, I enjoyed the rolling hills, winding roads and signs of a previous occupation; abandoned truckstops, burnt out cars and dilapidated old homesteads.

Stopping at Grey Gums, a friendly cafe along the Putty, I found myself chilled and in need of sustenance. As usual, the cooking was excellent with my tea charmingly presented in a teacup and saucer; not what you expect from a typical biker cafe. Not being in any kind of a hurry, I brought along a magazine to read called Rucksack. This is one of a new breed of independent magazines that have emerged since the collapse of traditional media outlets. Rucksack has no advertising and focuses on a single topic each issue; this one was The Journey Issue, featuring travellers stories and spectacular photographs. It was nice to have time to read this magazine along the trip and to be away from the computer screen.

Side note: pictured above are my ten-year-old Red Wing Beckman Boots. These have proven their worth on countless rides, looking good both on and off the bike. Except for not being waterproof, these boots are highly recommended.

Onwards towards Singleton and the sun began to show itself. The difference this made was huge. Fifteen degrees and no sun feels a world apart from twenty degrees and sunshine. Approaching Singleton, you cross a magnificent single lane bridge which I stopped to photograph, narrowly avoiding being run over by a caravan. Over the next 30 minutes or so, the landscape changes dramatically from the rural countryside to open cut mines and power stations. It’s tempting to be irritated by this. However, we should not complain too much as I am typing this on an iPhone and you’re reading it on a screen. In any case, it certainly makes for a dramatic change in scenery. 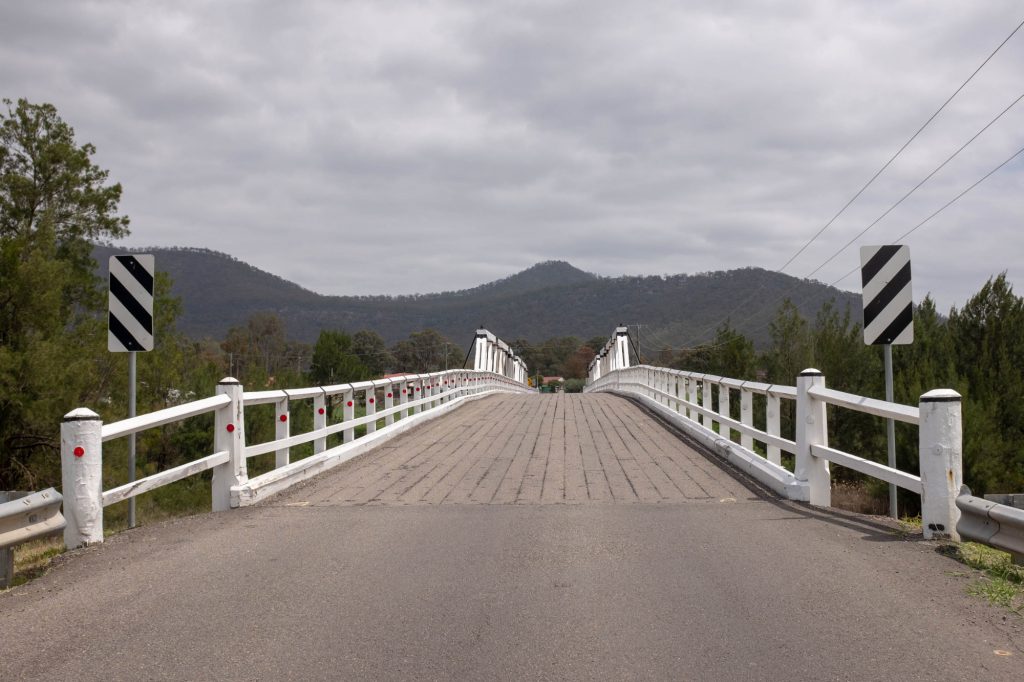 Beyond the mining area, the Hunter Valley’s beautiful countryside reinstates itself through the towns of Muswellbrook and Scone. Taking photographs along the way, I spotted a dilapidated weatherboard house in a field. While I was there, a friendly man in a blue trucker singlet and cowboy hat drove over to have a chat. He informed me that the house was once a stopping off point for tea as cattlemen drove their livestock to market from the upper hills along the way to Singleton.

Arriving back in Muswellbrook—pronounced ‘Musselbrook’ as the man in the cowboy hat kindly corrected me—, I  found it to be a charming town with WW1, WW2 and the Vietnam war memorials, an old OAK milk factory with its impressive 1930’s architecture and a number of murals depicting the Indigenous life in the region over the past several thousands of years. This is a tricky issue as white settlers undeniably drove the Indigenous people from their land, however, what is one to do now nearly two centuries later other than to show respect as fellow countrymen? In any case, I appreciate the art and recognition of the original owner of the land. 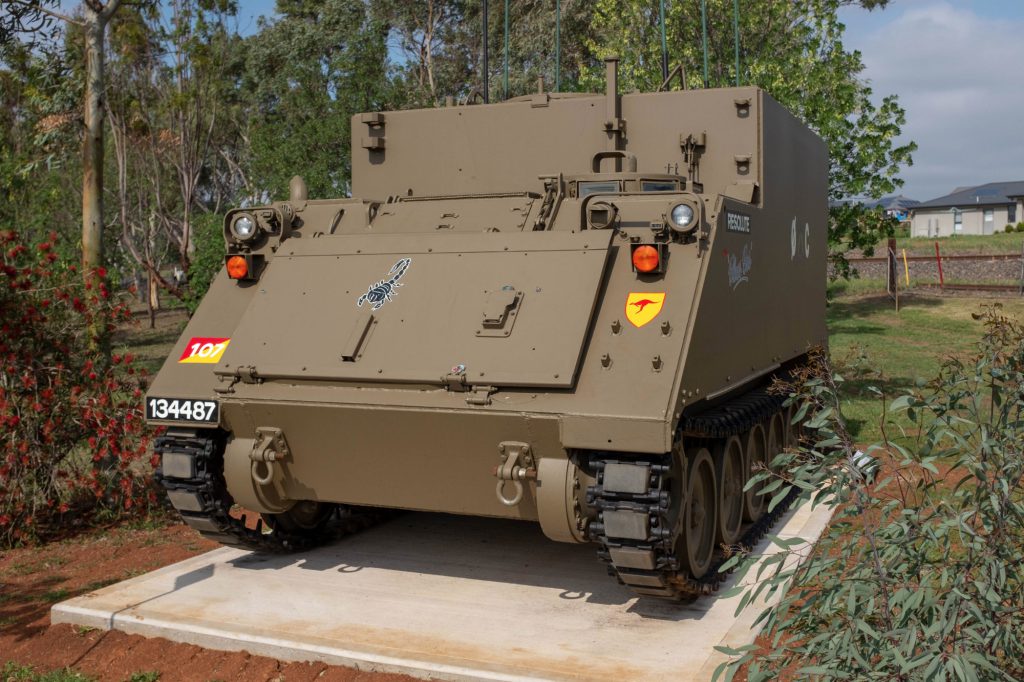 Checking into a clean B&B, I explored the food options on my phone while noting the road trains and resources laden cargo trains passing noisily by across the road. I wondered about what level of sleep I would be enjoying that night. After a dinner of fish and chips in the park, I settled in for an early night of reading and planning the return route; back down the Putty Road, it was that good.

My fears of sleeping poorly were unfounded. I awoke at 6 am to grey skies and a sharp wind. Resisting the urge to jump on the bike immediately, I calmed myself, a reminder that there was no rush and to enjoy the journey. Saying that I was famished and my breakfast stop was 90 minutes down the road. Heading off in the early dawn light, the northern end of the Putty Road was chilly (13 degrees) and the tarmac wet. Locals informed me that in winter this part of the Putty is treacherous with moss as the sun never quite reaches the road.

Breakfast at Grey Gums comprised a gratefully received a bacon, egg sandwich and numerous cups of tea. While I thawed out, I quietly read my magazine. On the way back, I stopped to photograph a burnt out car and an abandoned truck stop featuring the Wo-Man sculpture by Dave Thurston.

As always, it was enjoyable to get away for a few days and riding is a great way to experience regional Australia. I was reflecting on what separates riding from driving. I believe it is the mental attitude we have when we ride where it is the journey that matters, not the destination. Interestingly, we could adopt the same approach when driving, yet seldom do as we are focused on getting to our destination as quickly as possible. On a motorcycle, I find myself planning the route by those roads that offer the greatest riding pleasure; not the quickest way. This is the essence of what philosophers have been championing when they say it is the journey that matters.