Following our outstanding meal at Sukiyabashi Jiro the previous day (see part two), we awoke early to travel to Fukuoka, an eight-hour round trip to watch The Sumo. On the flight, we were lucky enough to see Mount Fuji from the aircraft. The wrestling commenced early with the higher-level competitors meeting later in the day. There is a great deal of ceremony involved in each bout. One of the surprises is that it is not always the most consequential wrestlers that win. One notable match was between two opponents, one around two thirds the size of the favourite. Feverish face slapping (harite) by the smaller wrestler upset the larger opponent before he was brought down. This was well received by the crowd who applauded mightily.

Sumo was an experience I was glad to have had. Uniquely Japanese, it was a privilege to be able to go. The enormous size of the wrestlers contrasts so sharply with the average, slim Japanese person. The day was a long one, and we just made the last train to Shibuya at 12.09 am. 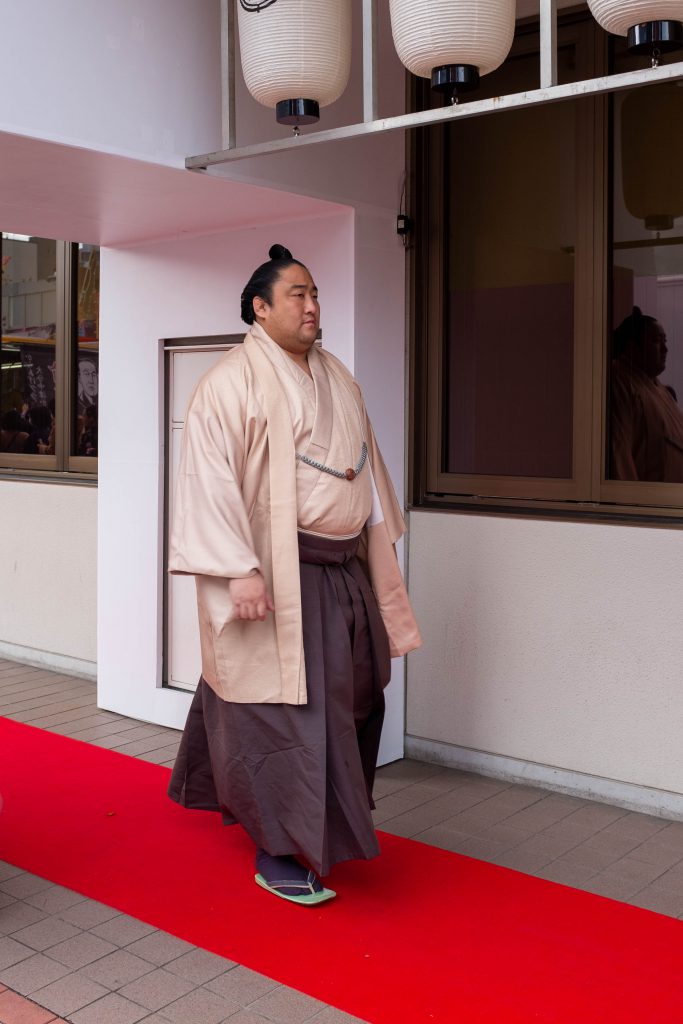 Much of the next day would be taken up shooting stylish motorcycle riders for my book, Style Rider. The first was Enoshi, a charming man who rides a 1937 Indian Sports Scout. This was followed by a shoot at Deus, then to Trophy General Store to see Shige (pictured below) with his 1957 Harley and Jun with his 2003 Harley.

Then it was off to Ginza for pork spare rib noodles before retiring to the hotel to watch the sunset as the sky turned a deep orange. This was one of the great things about this trip; taking the time to rest and enjoy these moments. Dinner was highly anticipated as we had a reservation at The Blind Donkey. This restaurant is the successor to Beard, which we greatly enjoyed the last trip. The new restaurant did not disappoint with a range of tasty vegetable and meat dishes served in a pleasant French/Japanese space.

Waking on our last day, we soaked in the last of our views of Tokyo and Mount Fuji. Over breakfast, we planned out the day, which would include an early stop at the Nezu Museum. Stunningly designed by Kengo Kuma, this Japanese modernist masterpiece sits harmoniously in one of the best gardens in Tokyo. The special exhibition was a celebration of the art of tea making with ceramics from the 16-18th centuries. This was followed by a walk through the gardens before visiting the permanent collection. This was the highlight of the visit, as the Nezu has one of the most significant collections of Chinese bronzes in the world; many dating from around 3,000 years ago.

Departing the Nezu, we walked across the road to a small tempura restaurant called Miyakawa. Here the owner has been making the lightest vegetable and seafood tempura I have ever tasted on this site for 49 years. To a westerner where retirement is typically after 45 years of work, this one of the things about Japan than continues to impress. Similar to the sushi chef Jiro who received his first Michelin Star at 80, perfecting one’s chosen profession is taken seriously here. It is to be admired. 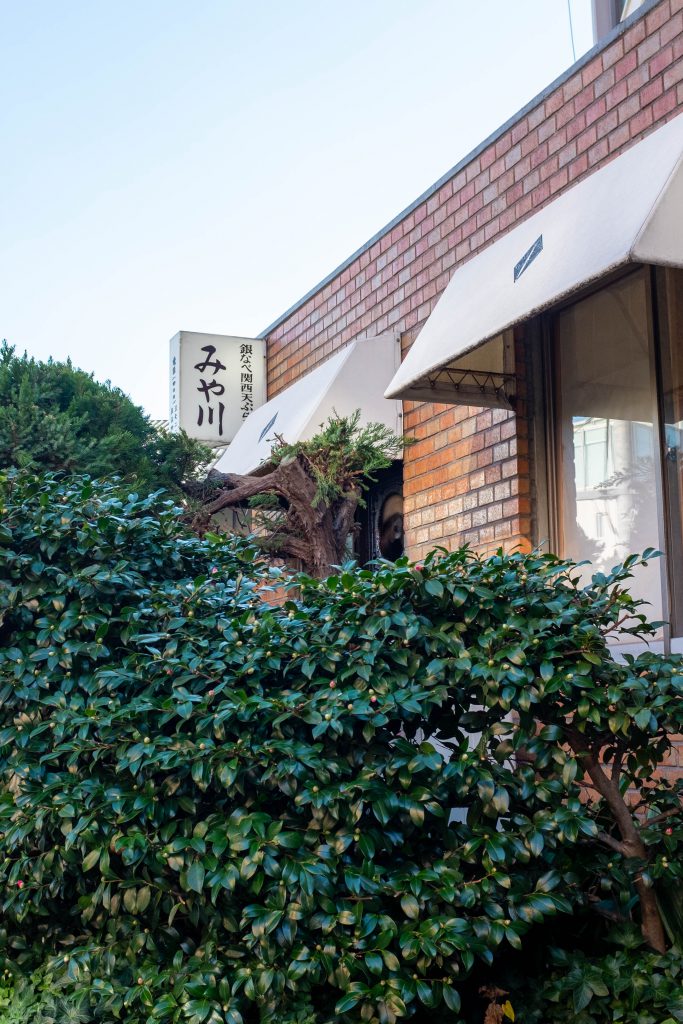 Walking back through the streets of Aoyama and Harajuku, I reflected that visiting Japan is always a treat. The attention to detail, service level and sophistication of the museums, hotels, dining and retail is beyond the reach of most other cities. I already look forward to my next trip.